Diffrence between American and European trucks

You have probably noticed the differences between a European and an American truck, and these differences are justified and have evolved according to the needs.

Apart from the flatter front end, European trucks have an authorized overall length limit of 16.5 metres. This is due to the fact that roads can become narrower as they pass through mountainous areas, so that they can manoeuvre much better with this size.

As for the cabins, they tend to be much simpler, as the European routes are shorter than those in America and the breaks are more frequent, they have a bed and little else.

The cabs of European trucks have more technology to optimize driving than those of American trucks.

European trucks are more powerful than American trucks, but that does not mean they pollute more. European regulations that are linked to pollution have ensured that the brands of these vehicles have the same power output while reducing CO2 levels. 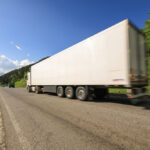